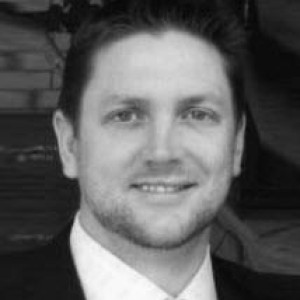 Do you find yourself doing things sometimes without any real sense of purpose, or reason why? Maybe just because everyone else is doing it, or because you’ve always done it?

Some time after I turned 40 I started to notice things in my life that just made no sense whatsoever. My life had changed dramatically in the preceding decade, with 2 children, a growing business, lots of business travel, and dozens of other challenges I never faced in my 20s and 30s. And yet I was still doing some things that I had always done, with little thought to whether they made sense or not.

The first major thought provoking event for me was losing my mobile phone in a taxi and deciding “bugger it, I keep losing phones, and I hate them anyway so I will go without”. I went without a mobile phone for over a year and it was bliss. I blogged about it here.

After abandoning the use of a mobile phone I had the immediate realisation that it had been consuming an enormous part of my life, almost without me realising it. I suddenly had all this extra time in my day, and much less angst. I was sleeping better, waking up on time without the alarm, and there was not one single moment in 12 months where I felt like I needed a phone (although my wife would say she missed the “arrived safely” and “on way home” texts).

Some time after that I realised I felt the same way about Facebook and that it had been consuming a similar, disproportionate amount of my life. I did not think I used Facebook much, until I didn’t have it on my phone. Once the mobile was gone, so were the constant beeps, buzzes, flashes and red lights telling me someone I knew had had an anniversary, or a sandwich, or a manicure. So I closed my Facebook account. It did take me two attempts and a few weeks before finally hitting the “delete everything forever” button. And just like that Facebook was out of my life.

There was another important reason I quit Facebook, and one that does not get discussed anywhere near as much as I think it should. After having children it occured to me that we were all mindlessly posting pictures of our children to the internet, where they will likely remain forever, without ever asking their permission. My daughters were too young to care, but soon enough they will be teenagers and then adults, and they will discover hundreds of photos of them were posted to Facebook by their parents, grandparents, friends of the family and other assorted random people. There are going to be generations of children whose privacy has been violated, and they may have little to no recourse.

With facial recognition software now accessible to anyone with a computer, and becoming increasingly used by Governments and businesses, I had the shocking realisation that I had absolutely no idea how my children’s images might be used later, and by whom. Were my daughters going to go travelling the world after school and find out they were known and recognised by software systems in stores in London and bars in Paris because of my proud-parent Facebook posts? Were their friends going to pull out silly pics of them from when they were tiny and embarrass them at their 21st birthday party? (Note that these are some of the least objectionable scenarios I can imagine too).

A few months later we moved to the countryside and I found myself with a 1.5 hour drive to work. Without a phone it was difficult to listen to podcasts and audiobooks on my drive, so against my better judgment I went and bought one.

With no Facebook, my new phone experience was much improved, but I still had a number of other sites that were behaving the same way and creating almost non stop noise and distraction. So I first deleted the Slack app from my phone, then the LinkedIn app (I will blog later about our struggles with Slack at JobAdder and the recent decision to remove it from our business).

After a few months I went further and deleted my LinkedIn account altogether. Of all the social sites LinkedIn was by far the most difficult account to delete. Not because I had second thoughts but because they deliberately make it nearly impossible.

LinkedIn has been an interesting one for people to understand and I get asked about it more than I did about not having a phone. As CEO and founder of a tech company, some people struggled to understand how I could not be on LinkedIn? The reality is; very easily! It is not like I didn’t give it a red hot go – I had used LinkedIn continually since opening my account in 2005. I had a lot of contacts and followers and many of my posts had upwards of 100,000 views. However, it was really a one way street all along. LinkedIn benefited from my investment of time and energy, but I was the product the whole time, not the beneficiary. I don’t think I got anything like the return or value from my investment in LinkedIn, relative to the effort I put into it. It was a bad relationship and I have plenty of other amazing relationships in my life that I would like to focus on.

Today I have a mobile phone with a Gmail app on it, Audible, Castbox, a few games my kids play, and nothing else. This is a much healthier, more sustainable relationship. I also came to learn that my previous animosity towards my phone was not caused by the phone itself, but by the apps on it.

Now, when I am going to sleep there is no anxiety-invoking beeping and flashing to draw me in. When I wake up there is nothing for me to check or start stressing about before the day has even started. I can play music, listen to a podcast or book, call someone and say hello, message my wife, check the weather, and very little else. This works for me and this is how it will stay.

I decided not to spend paragraphs listing all the benefits I have experienced since quitting social media and Slack. My experience is personal and so is yours. There are also hundreds of other posts on Google on the subject and I agree with most of them. What I will say however is that I am a very happy quitter and it is addictive once you start. I am noticeably more present for my family and colleagues, I am looking at my phone a hell of a lot less than I used to, I am less stressed, sleeping better and I have more time in my day. Any one of those reasons would have been enough to have made it worthwhile.

We will never go back to working the way we did pre-COVID. Here’s why.

Get news, resources and advice from JobAdder