9 types of bias that can influence your candidate selection

An unfortunate reality of the modern world is that hiring processes are often biased and unfair. This is supported by many studies which demonstrate how unconscious preferences exert influence when it comes to hiring. Unconscious racism, ageism, ableism and sexism can play a role in who ends up getting the job.

Before exploring this issue further, it’s important to make one thing clear. Recruiters rarely begin the process of screening CVs with the conscious intention of being sexist, racist, or biased in any other way. But unfortunately, bias still occurs with a rather alarming prevalence in recruitment. Why is this?

Unconscious bias is so commonplace because it’s literally built into the very wiring of the human brain. We are all affected by it. Nobody can truthfully claim that they are completely unbiased (and you should be very suspicious of people that do).

So given unconscious bias affects us all, as a recruiter it’s important to understand how it occurs and all the different forms it can take. Knowing about biases won’t make them go away, but it does better enable you to catch them when they arise in your own mind. You first have to notice a bias in your thinking before you can take steps to correct it.

How does unconscious bias occur?

Dolly Chugh is an award-winning psychologist and Professor at New York University. She specialises in the psychology of human bias. Speaking on the 10% Happier podcast, she offered a very helpful example which frames unconscious bias in a way that’s easy to understand:

“I’m primarily interested in how the mind works, and how that shows up in a wide number of different biases – everything from race and gender to sexual orientation and disabilities. Bias is relevant is any area where we have an internalised association.

We may associate certain groups of people with certain attributes. But we probably don’t remember when that became part of how we think. This is because it’s all part of the flow of our unconscious mind.

The unconscious mind represents the vast majority of our brain’s work. Unconscious mental processing is absolutely essential for us to function as human beings, but sometimes it can lead us away from being the person we’d like to be in certain situations. There’s no shame in that because it’s something that affects us all.”

Reining in your biases as a recruiter can be tough. First impressions and gut feelings count for so much during interviews. But left completely unchecked, unconscious bias can result in unfair judgements, overlooked talent and discrimination.

Below are nine unconscious biases that commonly impact recruitment. By understanding each type, you’ll build your own level of self-awareness. You’ll be better able to make fairer, more informed decisions when it comes to hiring the best candidate for the job.

Gender bias is relatively easy to understand. It typically stems from our beliefs about gender roles and stereotypes, which are often culturally reinforced. For example, nursing tends to be seen as a female profession while construction is typically viewed as male.

When interviewing, you may unconsciously lean towards a candidate who matches the gender you associate with the role. You may also have a preference for candidates of the same gender. We often find it easier to relate to people of the same gender due to shared interests and life experiences.

Affinity bias is unfortunately very common in recruitment, often resulting in unconscious racism and ageism. We often feel a natural affinity towards candidates we feel we have something in common with. For example, recruiters and hiring managers are often far more likely to hire an applicant who comes from the same town as them or share similar hobbies.

The affinity biases cause too much emphasis to be placed on things that aren’t tangible or relevant to the hiring decision. When screening a candidate’s suitability for a job, why does it matter which school they went to or who their favourite football team is?

It’s also worth noting that sometimes hiring for “culture fit” can be a code word for affinity bias. When this happens it has a negative effect on both employees and the organisation. Reducing diversity within a company means fewer different approaches to work which hinders the organisation’s ability to solve new problems.

Even though it’s inherently unfair, we can’t help ourselves from noticing the appearance of other people and instantly associating it with their personality. Although it makes no sense, we tend to think that more physically attractive people will be more successful.

You may find that you unconsciously dislike certain features in a person. Maybe you think they’re too short, have poor posture or don’t have a “friendly” face. Likewise, you may favour candidates who present themselves in a very polished way. But you can’t assume that a person who dresses sharply and tidies their hair is organised in all other areas of their lives.

Confirmation bias often serves to strengthen our other biases. When we make a quick judgement about someone, we subconsciously begin searching for evidence to back up our opinion.

This is because we generally don’t accept the fact that our judgements are often wrong. Rather than remaining open to new evidence which contradicts our opinion, we tend to skip over and ignore it.

The halo effect arises when we selectively focus our attention on one great aspect of a person. The “halo” of that particular attribute then positively influences everything else we think about them.  We put them on a pedestal because of one thing alone.

Many recruiters have fallen victim to the halo effect. They hire someone exceptionally skilled in one area, but once the halo glow wears off, they find out they’re not actually a great fit for the role. For example, they may struggle to communicate and get along with others on their team.

The horns effect is the opposite of the halo effect. We immediately see one bad thing about a  person and that clouds our judgement of them. The “bad” thing is all we can focus on. Sometimes this can be as arbitrary as being annoyed by someone speaking too slowly or disliking hand gestures they make. Recruiters need to always take a bigger picture view of candidates. One mistake or personality quirk does not represent them as a whole.

This occurs when we take two or more similar things and compare them with one another, rather than judging each on their own merits. This is particularly relevant when it comes to CV selection. The contrast effect can cause you to set unrealistically high standards. You look at CV after CV, frustrated that none of them live up to the standard of the “perfect” CV. The role of a recruiter is to find people who can adapt to a given role. Not to find those with flawless CVs.

From an evolutionary perspective, fitting in and being part of a community were essential for survival. Those who were shunned from their tribe did not survive very long. Fast forward to today and that need for acceptance gives rise to conformity bias.

Conformity bias commonly affects interview panels. When a majority of interviewers feel a certain way about a candidate, you may feel pressured to agree with them even if your real opinion was different. But it’s important to speak up and voice your true opinions on candidates.  You might have spotted something the others didn’t.

As talent shortages continue to plague a wide range of sectors, hiring top talent is becoming increasingly important for success. And if you aren’t careful, bias could be causing you to overlook some of the best talent on the market.

Overcoming unconscious bias always starts with accepting the fact that it affects us all. Taking time with decisions, avoiding snap judgements and trying to see each candidate as a unique individual are all big steps in the right direction. By minimising the influence of bias in your recruitment process, your organisation will gain all the benefits that come from having a truly diverse and inclusive workplace.

Diversity, equity and inclusion are fundamental pillars of a modern workplace and recruitment industry. It’s essential that recruiters and hiring managers progress in line with this evolution and look towards the future of work.

Want to improve diversity in your recruitment? Access our free eBook with Diversely now. Advice and how tos
The importance of onboarding: How an efficient process can make hiring easier

Onboarding is the process of hiring and training new employees for your team, and it’ll come as no surprise that …

Hiring efficiency, also known as recruitment efficiency, is the key to attracting, engaging and securing the best candidates for your …

We all know that the hiring and recruitment process is something that takes time to perfect for each company.  While … 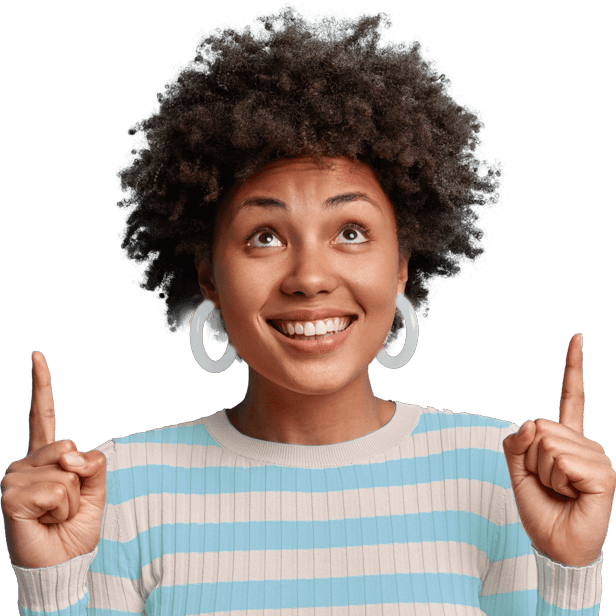 Get expert tips from Barb Bruno on how to communicate with passive candidates, including sample call scripts and crucial do’s and don’ts.